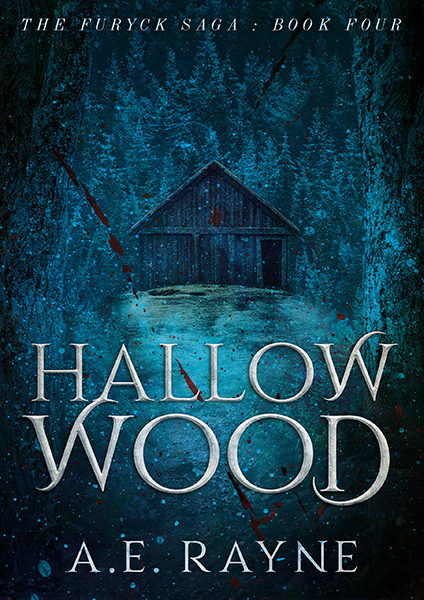 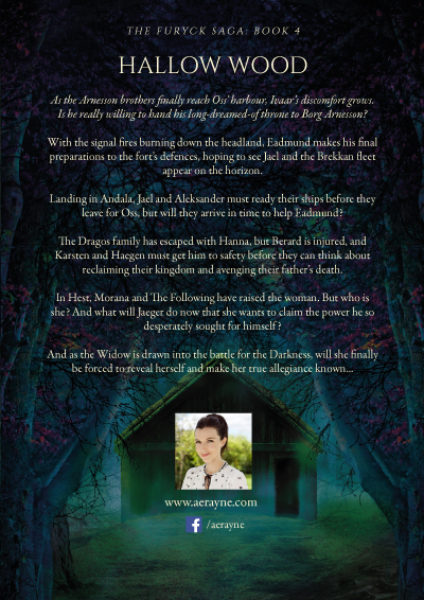 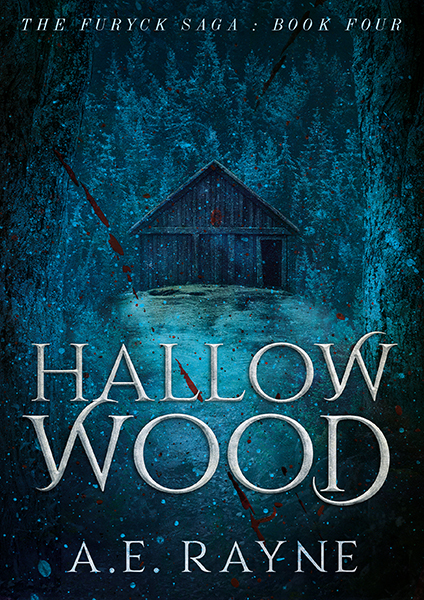 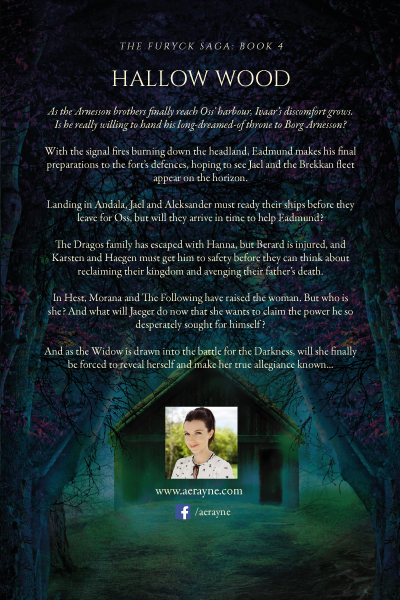 Hallow Wood is the fourth book in The Furyck Saga : an action-packed epic fantasy series that weaves together an intricate web of characters and kingdoms, swords and warriors, dark magic and mystery that will leave you wanting more!

Hallow Wood is the fourth book in The Furyck Saga : an action-packed epic fantasy series that weaves together an intricate web of characters and kingdoms, swords and warriors, dark magic and mystery that will leave you wanting more!

As the Arnesson brothers finally reach Oss’ harbour, Ivaar’s discomfort grows.
Is he really willing to hand his long-dreamed-of throne to Borg Arnesson?

With the signal fires burning down the headland, Eadmund makes his final preparations to the fort’s defences, hoping to see Jael and the Brekkan fleet appear on the horizon.

Landing in Andala, Jael and Aleksander must ready their ships before they leave for Oss, but will they arrive in time to help Eadmund?

The Dragos family has escaped with Hanna, but Berard is injured, and Karsten and Haegen must get him to safety before they can think about reclaiming their kingdom and avenging their father’s death.

In Hest, Morana and The Following have raised the woman. But who is she? And what will Jaeger do now that she wants to claim the power he so desperately sought for himself?

And as the Widow is drawn into the battle for the Darkness, will she finally be forced to reveal herself and make her true allegiance known…

Upon discovering that her chances for inventing a time machine were rather slim, 8-year-old A.E. Rayne decided to pursue a career as a writer instead. She completed a Bachelor of Communication Studies, majoring in television, then trained as a graphic designer, while dabbling in poetry, and continually plotting her first novel.

A.E. Rayne survives on a happy diet of historical and fantasy fiction and particularly loves a good Viking tale. Her favourite authors are Bernard Cornwell, Giles Kristian, Robert Low, C.J. Sansom, and Patrick O’Brian. She lives in Auckland, New Zealand, with her husband and
three children.

Be the first to review “Hallow Wood (Book 4)” Cancel reply

Night of the Shadow Moon (Book 3)