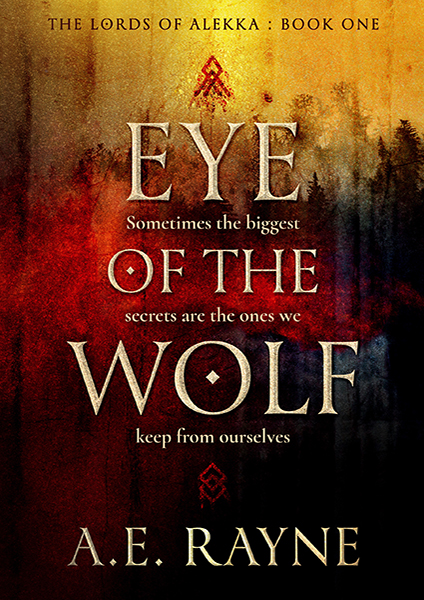 Eye of the Wolf: The Lords of Alekka (Book 1)

Eye of the Wolf: The Lords of Alekka (Book 1)

Eye of the Wolf is the first book in The Lords of Alekka: a thrilling new series from bestselling fantasy author, A.E. Rayne; set in the same world as The Furyck Saga and featuring a brand new cast of richly-woven characters and an exciting new adventure to get stuck into!

Sometimes the biggest secrets are the ones we keep from ourselves…

Ragnahild One Eye has seen it: Reinar Vilander is fated to become a king.

So why is a man fated to become a king running down a beach in a nothing sort of village, looking for women to sell as slaves?

Because the gods have taken Reinar’s luck. Stolen it away. And now he’s a desperate man. An unlucky man. A lord whose fortress is under threat from a vengeful enemy who grows stronger by the day. A lord who needs silver to buy men to defend his walls.

Reinar has lost more than he can bring himself to say. More than his eyes will reveal. And now he needs something to change before it’s too late. It must. It has to.

For Reinar Vilander is fated to become a king.

Alys de Sant has secrets. Some she keeps herself; others are hidden from her.

Alys needs secrets because secrets will keep her safe. That’s what her grandfather told her. That’s why he made her hide who she really was, knowing that her life depended upon it.

Yet Alys longs to be free. Free from her husband, who is cruel to her. Free from their tiny village, bordered by a long beach where she likes to walk every morning with her children. But if she’s going to be free, Alys needs to keep secrets.

Even from her best friend, Stina, who is walking down the beach beside her, listening to the hungry gulls swirling above their heads, tasting snow on the wind, unaware that anything is wrong until Alys spins around, running, screaming, as the raiders round the headland, axes in the air, charging towards them…

Be the first to review “Eye of the Wolf: The Lords of Alekka (Book 1)” Cancel reply

Night of the Shadow Moon (Book 3)

Vale of the Gods (Book Six)