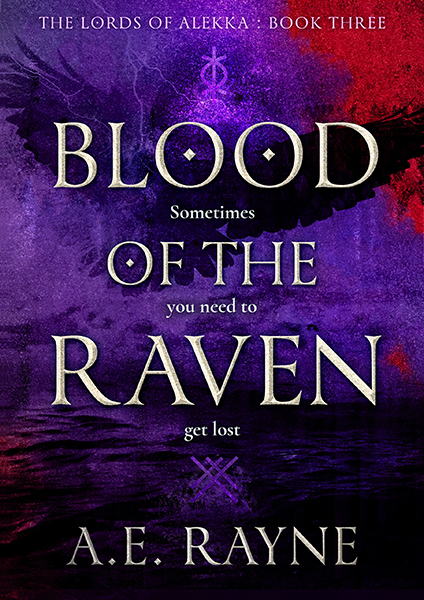 Blood of the Raven: The Lords of Alekka (Book 3)

Blood of the Raven: The Lords of Alekka (Book 3)

Blood of the Raven is the third installment in the thrilling epic fantasy series, The Lords of Alekka. Enter a richly woven world of gods and dreamers, lords and their warriors, all battling to claim the prize of Alekka’s crown… and prepare to get lost.

FATE will not be denied.

And those FATED TO RISE cannot remain in the shadows forever.

It is time to get lost in the land of the forgotten. Time to explore Alekka’s Northern realm in search of that which is missing…

Abandoned by the sun, shunned by the Father of the Gods himself, the North is a wild place; a brutally cold land, where ambitious lords keep their followers warm with tales of how they will be the one to claim the prized crown of Alekka. Stories woven on stormy nights, sung around blazing fires over cups of ale, tell of the one who will unite the two halves of the broken land. They whisper of the Bear Stone, where the prophecy of that man’s coming was etched two thousand years ago.

But who will it be?

And who will survive?

Not everyone will survive the coming war…

Upon discovering that her chances for inventing a time machine were rather slim, 8-year-old A.E. Rayne decided to pursue a career as a writer instead. She completed a Bachelor of Communication Studies, majoring in television, then trained as a graphic designer, while dabbling in poetry, and continually plotting her first novel.

A.E. Rayne survives on a happy diet of historical and fantasy fiction and particularly loves a good Viking tale. Her favourite authors are Bernard Cornwell, Giles Kristian, Robert Low, C.J. Sansom, and Patrick O’Brian. She lives in Auckland, New Zealand, with her husband and
three children.

Be the first to review “Blood of the Raven: The Lords of Alekka (Book 3)” Cancel reply

Mark of the Hunter: The Lords of Alekka (Book 2)